Time for a New Way of Working? (Part Two) 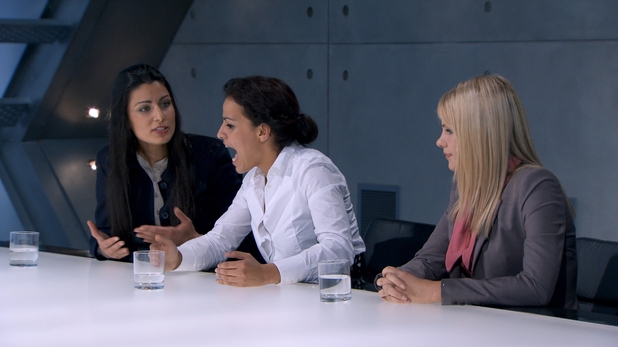 Back in 2011, I wrote about how I thought The Apprentice was really missing a trick. A golden opportunity to showcase all that’s great about teamwork and entrepreneurship replaced by a focus on bitching, back-stabbing and rewarding bad practice.

The new series started this week and in its 10th year, we have the same old (enjoyable) nonsense. A bunch of sharks so focused on ‘the sale’ that they don’t care who they trample on in the process. And here’s Lord Sugar rewarding the team that makes the most money, even if it’s only by a few measly pounds, regardless of their lack of skills in organisation, strategy, teamwork, customer relations and basic professionalism.  The message is clear.  Profit is the only thing that matters.

This year there’s a bunch of women who thought ‘Decadence’ was a good team name (“sounds like decade?!”), one of whom advocated using short skirts, high heels and make-up to score a competitive advantage. Single-handedly setting feminism and women’s achievements in the workplace back about 50 years.

The downside of this ‘harmless fun’ is that shows like this (and Dragon’s Den and even the lampooning W1A), combined with appalling corporate behaviour (bankers bonuses, Tesco’s multiple failings, Asian clothing factory collapses, the misguided focus on ‘shareholder value’ etc etc) are actually giving business a bad name.

A new survey suggests that these days it’s less “Don’t put your daughter on the stage, Mrs Worthington”, and more “No kid of mine is going into business!” How odd.  Surely they can’t all be nurses and charity workers?

Phrases like “dog eat dog”, “full of jargon” and “corrupt and dishonest” were 10 times more likely to be associated with modern business practice than “caring and responsible” or “attracts nice people”.

Fortunately, the kids themselves see this as an opportunity. A survey by RBS and The Prince’s Trust suggests around a third of 16-30 year olds expect to be self-employed in the future. They recognise the opportunities presented by the digital age but are realistic about the kind of hurdles they will face (fear of failure, the economic climate, lack of financial or mentoring support). It’s reassuring that they’re not all expecting to become bedroom-based dotcom billionaires by the time they’re 20, but it does give the Government clear guidance on the things they need to do to help them (and entrepreneurs of any age) succeed.

In the meantime, we still have to put up with nonsense like this Microsoft memo – a David Brent-esque masterclass in how not to tell thousands of your employees that you’re about to make them redundant.  Here’s a taster…

“While our direction in the majority of our teams is largely unchanging, we have had an opportunity to plan carefully about the alignment of phones within Microsoft as the transferring Nokia team continues with its integration process”.

What was that about jargon?!