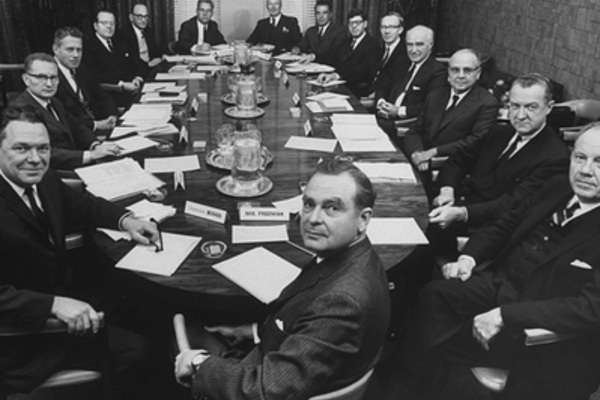 I came across an article the other day that stopped me in my tracks.  The latest BrandZ report by Millward Brown has discovered a simple way to achieve a 11-fold increase in business growth, but, amazingly, this tip didn’t seem to have reached the business news.

So what was it?  Well, it’s actually quite simple.  Ensure there are women on your board.

Whilst the number of mixed-sex boards is still a shamefully small minority, those boards are responsible for THREE QUARTERS of the world’s most successful brands.

Furthermore, the average value of those brands is $27bn, DOUBLE that of those with male-only boards.

And brands with mixed-sex boards show an average 5-year growth rate of 66%, compared to 6% for those with male-only boards.

This has to be a no-brainer.  Women in the boardroom bring a more balanced view of your consumers (whatever their demographic profile) and a whole different skill set – essential for balancing out all that testosterone.

So can we now please stop having the argument that half the population needs to be taken seriously and treated equally and just get on with it?

The London Olympics was the first time every team included female athletes.  And Team USA and Team GB’s women seriously out-performed their male colleagues – they would’ve come third and fourth in the final medals table in their own right.

At the Opening Ceremony, Danny Boyle staged a lovely tribute to the Suffragettes, including actual descendants of Emmeline Pankhurst.  But the news that these women now plan to march on Parliament to demand better gender equality, 100 years after their forebears, is beyond depressing.

Sexism is still rife in all aspects of life, and putting an end to that is a good place to start.  The Everyday Sexism project collects real anecdotes, which are shocking because they are so commonplace.  The view that it’s ok to be demeaning and dismissive towards women is still widespread, but not acceptable.

Sadly, TV advertising remains one of the worst offenders, especially when it comes to ads for cleaning products, who still seem to believe a woman’s place is in the kitchen, single-handedly fighting the endless, thankless war against germs.

The marketing community can make a difference and needs to start leading from the front.  For an industry that depends on identifying new trends – and being careful to ensure it properly represents multicultural Britain – it’s still stuck in the dark ages when it comes to most of its portrayals of women.

It’s time to stop patronising half the population and get more female CMOs, MDs and CEOs onto the board.

After all, who doesn’t want their brand to deliver 66% 5-year growth?