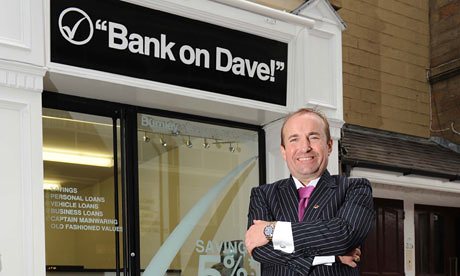 Back in February, I wrote a post entitled ‘Time for Some Moral Marketing’.  It was prompted by Marc Mathieu of Unilever arguing that it was time for marketing to get back to “the origins of the discipline… as a way to drive social progress as well as sales”.

I’ve long believed that business – not just the marketing department – should play fairly and ethically.  In his book ‘Screw Business as Usual’, Richard Branson ably demonstrates the possibilities. At the other end of the scale, the wonderful Dave Fishwick has waded through the red-tape to set up the ‘Bank of Dave’, lending money to small, local businesses and giving any profits away to charity.

My previous blog suggested that 2011 was the year of widespread immorality (greedy bankers, phone hacking, abuse of vulnerable people in ‘care’ homes, riots).  2012, as the ‘year of celebration’, was the opportunity to turn things around.  I believe a more moral and more responsible economy is becoming increasingly important to consumers.

Sadly, we haven’t yet seen much change at the top.  From the new scandals in the banking sector to LOCOG (aka LOGO COP) showcasing all that’s bad about brand sponsorship… Clearly, the message is taking a long time to reach the boardrooms.

But the idea of ‘morality’ is gaining momentum amongst the media and the politicians.  The new criticism for tax dodgers (whether they’re super rich or cash-in-hand tradesmen) is that they’re ‘morally wrong’, even if they have the law on their side.

On the radio the other day, Baroness Helena Kennedy QC argued that the lack of morality in modern business was because its ‘code of ethics’ was based solely on law.  In other words, if it’s not illegal, it must be ok.   This would explain the attitude of tax-evaders, politicians, media executives, bankers et al.

This week, a great piece in the Guardian (‘Why Morality is Fashionable Again’) suggested, “…it’s finally been accepted that we can’t function without values”.  That may seem obvious, but the argument runs that the permissive society of the 60s meant that self-expression, and not imposing your own moral code on others, was seen as the ‘right’ way to behave.  That’s all well and good in your private life, but not when your actions impact on wider society – whether you’re an ASBO-wielding hoodie or an arrogant banker.

Perhaps the problem is the word itself.  ‘Morality’ conjures up images of preaching vicars and Mary Whitehouse.  Clearly, we need a new phrase.

The Advertising Standards Authority established the mantra of ‘Legal, Decent, Honest and Truthful’ many years ago.  Brands and businesses could do worse than use this as the basis for their ‘moral code’.  And maybe add ‘Considerate’ – to stakeholders and wider society.

I’m convinced that those that get this right will be successful – by reaching new customers who are sick of the ‘old way’.  Just ask Dave.

Does your brand need a moral health-check?  Could a change of strategy help you capitalise on this ‘new mood’?  Then please get in touch.