“If it doesn’t sell, it isn’t creative” 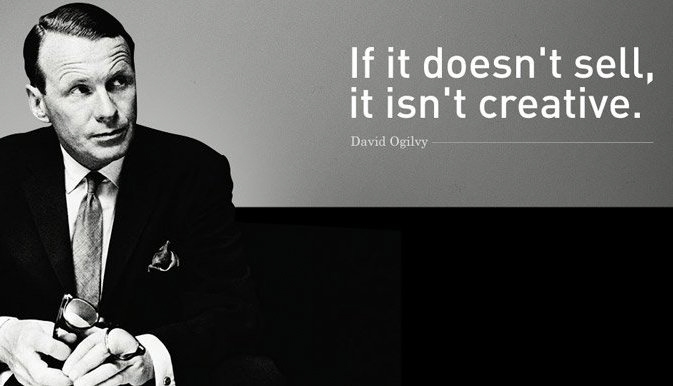 Call me King Canute if you like, but I think the digital tide may be turning.  There’s definitely a groundswell of considered opinion that marketing’s pre-occupation with their shiny new toy might have been a little over-enthusiastic and maybe we should all sit down and have a bit of a think.

Back in 2014, advertising legend Sir John Hegarty grabbed the headlines by saying “the new digital messiahs are like the Taliban – if you don’t believe [them] you get taken out and shot”.  A little extreme, perhaps, but his wider point about how brands need to tell stories and build relationships, and not just ‘churn out content’, is absolutely valid.

His response to the Oreo Super Bowl tweet, which (rather unbelievably) won two Cannes Lions awards despite reaching only around 150,000 people, was straight to the point, “Fuck off! I don’t get out of bed for less than a million… What business are you in?”

We could dive into a debate here about the difference between ads and ‘branded content’, but unless your brand has a big reputational issue to fix, or critical new message to convey, what is the point?  Great, your ‘brand love’ score went up 5 points!  Now, how many products did you sell?

Hegarty is not alone in his appeal for the industry to get back to basics.  Marketing Week’s Mark Ritson writes on this topic often, and the Editor himself has just reminded marketers that traditional media shouldn’t be ignored.  My recent piece on marketing’s dumbing down was well received and widely shared, and MW followed up with a similar piece by the Secret Marketer (‘Forget the buzzwords, get back to basics’).  Well they do say imitation is the sincerest form of flattery…

Recently, ISBA has been warning clients about the lack of transparency around fees and the opportunities for “click fraud” in media agency payments for digital spend.  As director Debbie Morrison told the FT, “I don’t believe that [media agencies] have got the best interest of their clients at heart any more.”

Meanwhile, the amount of people using ad blocking software shows how much of an irritant it’s become.  Online ads get ever more invasive – making some websites almost unusable and swallowing up your bandwidth.  And that’s aside from all the data scraping and privacy issues.  Over a fifth of UK adults now use ad blockers and that’s predicted to rise to around a third by the end of next year.

So how does any of this tell stories, build relationships or engage with consumers?

Perhaps digital marketing is having a bit of a tricky adolescence.  Compared to the more grown-up, traditional media, it seems to be falling down on brand engagement, awareness and trust.  It risks damaging relationships; between brand & consumer and between client & agency.  It’s sales effectiveness is often questionable.  If it’s going to grow into a mature member of the marketing family, it might be time for some adult counselling.

The marketing community is creating an ocean of forgettable, irritating, self-congratulatory bullshit.  As Hegarty himself asks, “Can anybody tell me, in the last 10 years, about a piece of content that people remember and can quote back?”  It certainly has a very long way to go before it has even a chance of being loved and remembered 30 or 40 years later, like the UK’s most favourite adverts.

Digital marketing has been a game-changer, no doubt.  But it’s how we all play that game that matters.   When planning any digital activity, it’s always wise to take a moment and remember the mantra – just because you can, doesn’t mean you should.

Next week, I’ll share a few tips on how to fix some of this.