Do ‘Women Only’ Events Just Hold Us All Back? 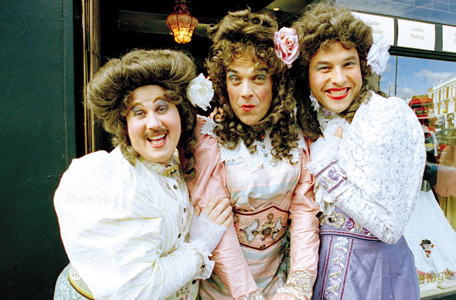 Today is International Women’s Day.  Wouldn’t it be nice if, 100 years after the Suffragettes won the vote and 44 years since the Equal Pay Act, it wasn’t still needed?  Progress remains stubbornly slow.

But I have a nagging worry that I cannot shift.  In the seven years since I’ve been running my own business, I’ve attended dozens of women-only networking groups and business conferences.  I was at one yesterday, and once again left wondering – do these events just marginalise the cause further?

Overall, it was an enjoyable and motivating event, with many great speakers.  But whenever I go to these events, I always seem to have the same two concerns:

1) Where are the men?  If no men are ever present, aren’t they just preaching to the converted?  When great, inspirational women like Belinda Parmar start refusing to speak at women only events, it must be time to review how we do this.

2) Why do they need to include the “fluffy stuff’?  Why interrupt a day full of useful advice designed to help entrepreneurs grow their business with sections on ‘meditation’ and ‘personal development’?  Aren’t we naturally better at those soft skills anyway?  Isn’t it the men who are meant to need help with them?

For me, when the programme becomes more ‘female friendly’ than ‘business friendly’ is when it starts to let us all down.  That’s not a plea for grey suits and death by Powerpoint – god forbid.  There is nothing more motivating than watching an energised, successful woman speak from the heart (usually without notes).  It just reminds me that no ‘male’ (or neutral) oriented conference would EVER include that sort of content on its programme.

(To those that say ‘but some women need that help’, I say yes, of course they do, but keep it separate.  As for the women who cried on stage whilst describing their achievements… pur-lease!  And you wonder why we’re described as ‘too emotional’ for the boardroom?!)

The endless focus on glass ceilings and juggling and having it all doesn’t help. It’s estimated that at least one third of degree-educated women of my generation have chosen not to have children.  Lumping us together as a homogenous mass with the same issues holds us all back.  Make it work for you, and in so doing, all women will be better off.

Good business practice is not about being ‘either’ masculine or feminine.  It’s about celebrating and harnessing the skills and abilities of both.  It’s funny how corporate HR departments have spent years trying to define the ‘perfect team’ using Myers-Briggs and a multitude of other personality profiling tools, when the most obvious, most natural solution is simply to ensure there is an adequate gender balance across all levels of the business.

Back in December, several high profile feminists expressed their outrage that the patriarchal society had allowed a man to become the president of a university Feminist Society.  Now I’m not sure if this actually happened (I can’t find any evidence of it, it may have been a wind-up), and at first I was equally outraged.

But then my business experience kicked in and I applied one of my golden rules – when things don’t go as planned, it’s always better to ask questions than to start throwing blame around.  Why did he stand?  What was his motivation?  Who stood against him?  Who voted for him (and why)?  Surely having men on side is better than treating them like the enemy?  More importantly, what can we learn from this?

(Although it did remind me of this great old tongue-in-cheek piece from The Onion, “Man Finally Put in Charge of Struggling Feminist Movement”).

There are some great female entrepreneur support groups out there (I belong to one), but I do feel that we’ll only have true equality when these ‘Women Only’ conferences have a more balanced audience and no longer include this self-empowerment, ‘feel the fear and get in touch with your inner self’ stuff.  Or maybe when the ‘male focused’ ones do, too… Either way, we definitely have a lot to learn from each other and we can only do that if we’re all in the same room – whether that’s the conference room or the boardroom.