Did the Labour Party deliberately hire an interim? 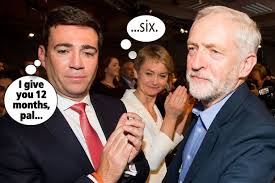 Since his election, hundreds of articles have been written about Jeremy Corbyn’s  electability and whether he even wants the top job.  But I wonder if the Labour Party, understanding the need for dramatic change after Ed Miliband’s performance, have  actually appointed an interim…

It takes a brave organization to employ someone completely different from the usual hire, but as Einstein once said, doing the same thing you’ve always done and expecting a different result is the definition of madness. The Party membership broke the mould, appointing some from outside their regular, senior MP talent pool in an effort to bring the change that was needed.

He may not turn out to be the best hire they ever made, but he’s definitely following the rules of interim best practice;

1. Be an agent of change

Interims bring an outside view and fresh thinking to an organization, acting as a catalyst to spark fresh debate and move things on from business as usual. A good interim director will take “but that’s the way we’ve always done things around here!” as a personal challenge. Good interims never accept the status quo.

The best interims give new people a voice, recognizing that there are often people within organizations whose valuable contributions may not have previously been heard. The amount of new people who signed up to vote in the Leadership election shows just how important it is to engage with new audiences.

Good interims won’t just overhaul strategy and provide clear direction; they’ll review all the processes and teams that support them. A good interim will ensure they leave the organization in the best shape to deliver the plan, whoever’s in the chair.  Corbyn has already brought in new ways of working (like the “People’s PMQs”) that have re-energized the Party.

Interims don’t have the luxury of long ‘probation’ periods before being expected to deliver. They usually have a short time to do a big job – adapting to the culture and making a difference whilst getting people onside. Just two weeks into the job, Corbyn had already consulted widely, broken with many traditions, questioned almost everything and delivered his vision to the annual conference.

Interim directors are usually brought in to deliver strategic change. Focusing on the flaws, and finding ways to fix them, can make people uncomfortable and want to push back. A strong interim knows it’s more about doing what’s right, not what’s popular, and is prepared for criticism. Also, the positive impact of the new approach is often not fully appreciated until long after the interim director has moved on, so he or she may never share the successes.

A strong interim director works like a serial entrepreneur, enjoying the opportunity to revitalize strategy and direction before moving onto the next challenge.  It’s not their job to manage the day-to-day implementation, so it’s important to build a strong team that can deliver the new strategy.  A good interim knows when they’ve reached that point.  (This could be the acid test for Mr Corbyn).

So whether he wants the ‘top job’ or not doesn’t really matter. He’s there to drive change and, hopefully, leave the Party in far better shape than he found it. Time will tell how successful he is.

Whatever your personal politics, if you’re looking for new insights, fresh thinking and someone who can make a difference fast – just get in touch!