And The Award Goes To…! 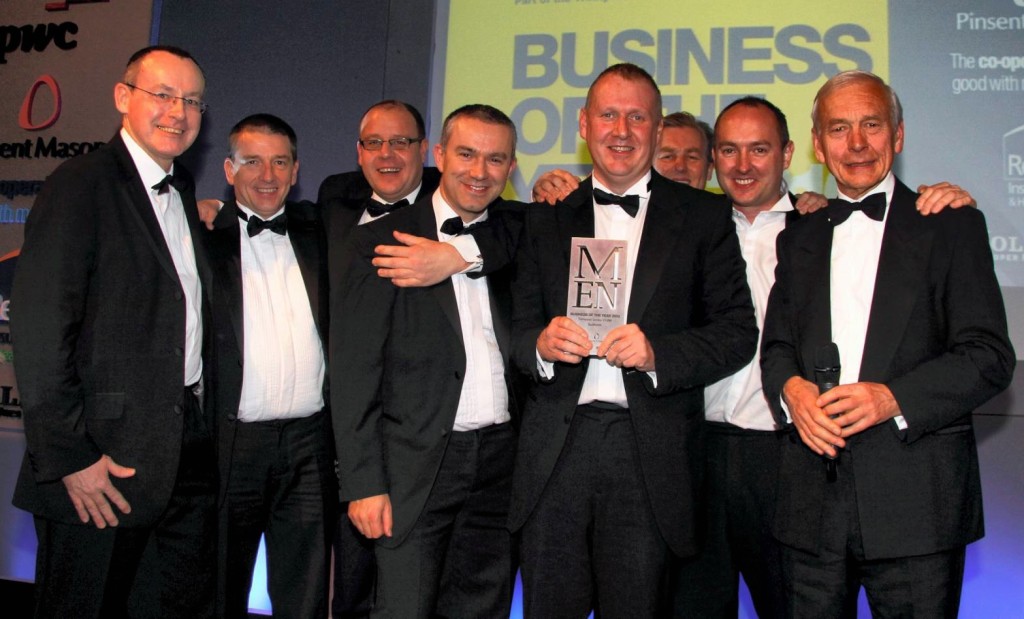 This week, Twitter was abuzz with companies congratulating themselves for appearing in the annual ‘Times Top 50 Employers for Women’ survey.

Any survey that takes equality in the workplace seriously is to be applauded, of course.  The list features a great mix of different businesses – not just the ones you might traditionally assume to be ‘female friendly’ – lots of Financial and IT companies appeared alongside the likes of McDonalds, M&S and BT.

But after my previous blog when I mused about the possible drawbacks of ‘women only’ events, I can’t help thinking maybe we should just have one ‘Best Employer’ survey, which rates those companies that take ALL equality issues (gender, race, faith, sexuality, disability) seriously.

Then, because I’m a bit cheeky, I thought – you know what would really make a difference?  If there was a ‘Best Employers for Men’ survey, where those companies that structured their pay, conditions and opportunities to favour white, middle-aged men were identified.  Would being ‘named and shamed’ in this way finally shake Management (or the Establishment) out of their complacency to actually start doing something about it?

The Houses of Parliament.  Where to start?  The draconian working hours (who wants to be in the office at midnight on a regular basis?).  The shouty, macho, bear-pit posturing of the Chamber?  The daily sexism? Or maybe the dominance of the Eton culture?  Only 22% of serving MPs are women, and even the Speaker of the House has expressed concern at the numbers of women leaving.

Professional Sport.   Top Male Employers at every level.  We’ll know we have equality of opportunity when the pubs are as full of supporters for the England Women’s World Cup qualifier games* as they are for the men’s, when male and female athletes receive the same levels of pay and sponsorship, when their sports gets equal airtime and news coverage, when male winners aren’t surrounded by dolly birds on the trophy podium and when no more offensive comments are made or posted online about the appearance of a female athlete or presenter.

The Car Industry.  Having worked in the car industry, I’d say that, on the whole, the manufacturers are pretty good, although it would be great if they stopped trying to ‘appeal’ to female consumers by giving new models names like the Pink Lipstick Edition.  The independent sales and servicing sectors, however, really are Top Male Employers.  Perhaps employing more women might make the showroom a less patronising place, and help them realise women don’t want to wait for their car to be fixed in a dirty waiting room with only the Sun and Autocar for company, and where the loo looks like it belongs in a men’s prison.  After a 3 week riot.

The Tech Industry.  Now I realise that women’s inability to grow a beard does hold them back here, but as less than 17% of the UK’s tech industry jobs are filled by women, it has to be more than beards causing the problem.  This is an industry that needs to turn its attention to education.  Young women need to be encouraged to learn coding at school, to not feel they’re ‘unfeminine’ by following certain ‘geeky’ career paths and not to be regularly subjected to video games imagery which presents them as victims and hookers.

Hollywood.   The Bechdel Test was designed to check whether films offer equal prominence to male and female characters by asking – does it have two, named female characters in it that talk about something other than the lead man?  Only about half of 2500 films recently surveyed passed the test.

The Hollywood Reporter just covered a survey that found that women accounted for only 15 percent of protagonists, 29 percent of major characters and 30 percent of speaking characters in the top 100 grossing films of 2013.

Things aren’t much better behind the camera, either.  Earlier this year, Variety magazine wrote about the ‘Celluloid Ceiling’, reporting the number of women employed in film production has fallen below 1998 levels, with big falls in the number of female producers and production designers.

In a spooky bit of timing, this week’s Campaign has a great piece by Tracey Follows at JWT London which suggests the lack of strong female role-models in films and TV has a direct correlation on women’s level of risk-taking in the workplace.  I’m sure there’s something in it.  As a child of the 70’s, in my head I’m still the Bionic Woman.

Researching this piece, I came across this genuine bit of careers advice. Askmen.com suggests the Top 10 male-dominated industries should be viewed as a career opportunity.   They may as well have called the piece “How to maintain the status quo”.  Just make sure you haul that ladder up after you as soon as you’ve climbed it, guys!

So, let’s hear it for the Male Employer of the Year Awards.  Sponsored by Lynx, maybe.  Who would you vote for?

* This weekend, England Women beat Montenegro 9-0 in their qualifying match. They’ve played five games and won all of them.  Nine-Nil.  Can you imagine the jubilation and headlines if the men’s team had got that result?!