A Thanksgiving for UK media 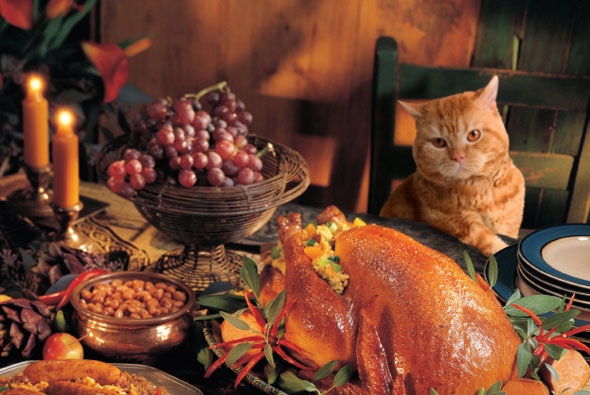 Hackgate, The Levenson enquiry et al…  The UK tabloids have received a well-deserved kicking this year.  But as it’s Thanksgiving Day today, I think we should put aside the bad news and count our blessings.

This time 2 years ago, I was lucky enough to be in L.A on a three month winter break, and I spent some time experiencing the disjointed awfulness of American media at first hand.

Hundreds of TV channels of utter garbage with local rolling news stations so parochial that they follow police chases up the freeway as they happen (even when it isn’t OJ Simpson at the wheel) and ad breaks every 8 minutes, making a 90 minute film run for around 3 hours.  It’s hard to even find the quality programming amongst all the dross, and almost impossible to watch it when you do.

And whilst their main newspapers are pretty good (so long as you’re only after US news and after you’ve recycled the rainforest of supplements and flyers – it’s the Sunday Times on steroids every day), there is no ‘national’ press.  It’s not even state-wide – the big titles are firmly focused on the major cities (LA Times, Washington Post, NY Times et al).

But it was a discussion at the Thanksgiving dinner table about free-range poultry (something that doesn’t tend to be on the consideration or shopping lists of even the most middle-class Americans, surprisingly) that really got me thinking just how good our national media can be and how lucky we are.

We have TV channels that champion campaigns for real social change.  Channel 4’s welfare campaign for chickens led to a major change in supermarket policy (which was what we discussed at the dinner).  Hackgate was exposed by a paper (The Guardian), as was the MP’s expenses scandal (The Telegraph).  Whatever else they did, even The News of the World campaigned hard to protect children with ‘Sarah’s Law’.  We have a joined-up, collective voice, which (generally) does its best to rally the Great British Public (and Parliament) for good.  And to ice the cake, we have the BBC…

Thanks to the freedom and intelligence of (most of) our media, we have real people power that is hard to imagine in America with its ’50 different countries’ mentality (the un-united states).  And for that, I think, we should all be thankful.