A Groupon Grumble. Why suppliers are missing a trick 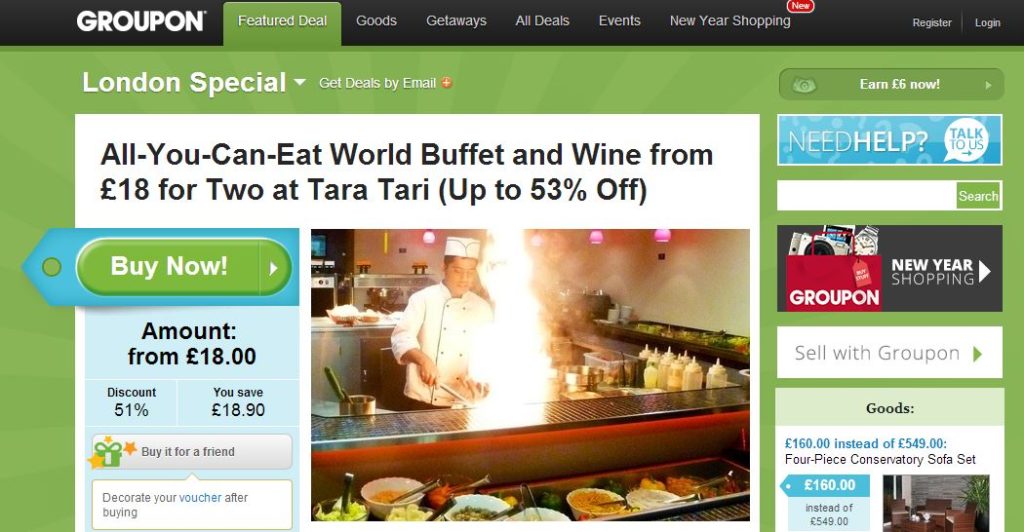 Much has been written about the incredible success of Groupon; named by Forbes magazine as “the fastest growing company, ever”, and valued at $13bn with 83m subscribers in 43 countries.

Eye-watering numbers achieved in just 3 years, for sure – although not without acres of accompanying column inches bemoaning the shoddy way Groupon treats some of its suppliers, and the shoddy way some suppliers treat their customers (without any recourse from Groupon).

But putting all that to one side, I’m not convinced that even the ‘good’ suppliers (the ones that fulfil their deals and offer consumers a genuine bargain) are really maximising the opportunity that Groupon provides.

Smart marketers understand that new customers need a gold-plated experience if they’re to come back and buy again, especially if next time it’s at full price.  But all the businesses I have trialled via Groupon have singly failed to grasp this.

I’ve tried a range of deals – posh hotel breaks, spa treatments, haircuts, tickets to shows – and whilst the experiences themselves have been just fine, NOT ONE of the businesses has ‘gone the extra mile’, taken my contact details, followed up with further incentives or asked my opinion of the experience.

There is clearly a danger that Groupon triallists are dismissed as ‘voucher vultures’ with no intention of returning and therefore only deserving of an inferior experience.  One snooty hairdresser I visited actually made me feel like they were doing me a favour by allowing me into their (almost empty) salon.  No doubt there are plenty of people out there who are just chasing the deal, but in today’s super-connected Social Media age, how can they so majorly underestimate the power of good (and bad) Word of Mouth and the importance of building relationships with their new customers?

So to all those Sales & Marketing Managers scratching their heads at the failure of their Groupon ventures and writing them off as a complete waste of money, have you asked yourselves how effectively the deal was communicated across the business?  How were the staff briefed and trained?  Was it made clear just how VIP these new customers are?  Were they given instructions on how they should be treated?  Was it stressed how important it was to properly data capture these hot new prospects?

The net result is that instead of offering a great way to engage new and potentially loyal customers, selling through Groupon can often deliver a poorer service at a cut-price rate – which just devalues, and maybe even damages, their brand.

I wonder, has anyone had a ‘gold-plated’ Groupon experience?